Shattered Hope - My Cure Is Your Disease

The band was formed on the days of July 2002 in Athens. After many changes on line-up, it was finally stabilized on December 2003. Under this one, the band played its first gigs on many clubs and opened festivals, performing their own tracks and covers on My Dying Bride, Paradise Lost, Saturnus etc.

On June 2005 the first demo was released under the name 'A View of Grief' which included 6 songs. It received great reviews on magazines, fanzines, webzines and it was marked with 7,5/10 on Greek Metal Hammer. After this release the band played many live gigs for its promotion.

On November 2006, there was a line-up change as Nontas (lead guitar) left the band and Sakis, who was playing the keyboards since then, covered his placed. A new member, Eygenia, replaced keyboards. Under this new line-up Shattered Hope recorded 'Promo 2007' that contains two tracks. Many performances followed for its promotion.

Meanwhile the band was recording its debut album which was finally ready on January 2010 under the name "Absence" and is consisted of seven mournful stories. After this release, a co-operation was developed with Lugga Music Productions and Adrian De Buitléar. From this time and on, Shattered Hope are promoting "Absence" and booking gigs, with the aid of Lugga Music, making a start with a support act to the godfathers of doom My Dying Bride on the same month, January 2010. A really memorable show.

And the story so goes...
DOOM ON!!
Показать еще
Видеоклипы 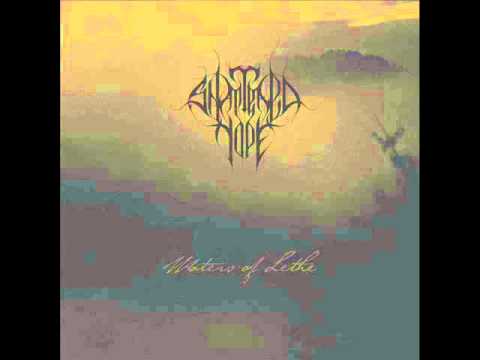