Herman's Hermits Dandy
Descripción y letras
Herman's Hermits were one of those odd 1960's groups that accumulated millions of fans, but precious little respect. Indeed, their status is remarkably similar to that of the Monkees and it's not a coincidence that both groups' music was intended to appeal to younger teenagers. The difference is that as early as 1976, the Monkees began to be considered cool by people who really knew music; it has taken 35 years for Herman's Hermits to begin receiving higher regard for their work. Of course, that lack of respect had no relevance to their success: 20 singles lofted into the Top 40 in England and America between 1964 and 1970, 16 of them in the Top 20, and most of those Top Ten as well. Artistically, they were rated far lower than the Hollies, the Searchers, or Gerry & the Pacemakers, but commercially, the Hermits were only a couple of rungs below the Beatles and the Rolling Stones.

The magnitude of their success seemed highly improbable, based on their modest beginnings. Guitarist/singer Keith Hopwood (born October 26, 1946), bassist/singer Karl Green (born July 31, 1947), guitarist/singer Derek "Lek" Leckenby (born May 14, 1945), and drummer Barry Whitwam (born July 21, 1946) were among the younger musicians on the Manchester band scene in 1963, when they started playing together as the Heartbeats. The city was home to many dozens of promising bands, most notable among them the Hollies, the Mockingbirds, and Wayne Fontana & the Mindbenders. Later that year, the Heartbeats got a new member in 16-year-old Peter Noone (born November 5, 1947), who filled in one night when their regular vocalist failed to turn up for a gig. Noone was already a veteran actor, trained at the Manchester School of Music and Drama; he had been a child star on television in the late '50s, on the television series Coronation Street, but he also had musical aspirations. As a vocalist with the Heartbeats, he initially worked under the name Peter Novak. The quintet followed the same path that any other struggling band did, playing shows at youth clubs and local dances, hoping to get noticed, and they picked up a pair of managers, Harvey Lisberg and Charlie Silverman.

Accounts vary as to the origins of the name they ultimately adopted -- some say that their managers remarked on the facial resemblance between Noone and the character of Sherman in the Jay Ward cartoon show "Mr. Peabody & Sherman"; others credit Karl Green with mentioning it. In any case, "Sherman" became "Herman" and the group, in search of a more distinct name, became Herman & His Hermits and then Herman's Hermits. They played a pleasing, melodic brand of rock & roll, mostly standards of the late '50s and early '60s, with Noone's attractive vocals at the fore. Their big break came in 1964 when producer Mickie Most was invited by Lisberg and Silverman to a show in Manchester. He was impressed with their wholesome, clean-cut image, and with Noone's singing and pleasant, non-threatening stage presence, and he agreed to produce them, arranging a recording contract for the group with the EMI-Columbia label in England; their American releases were licensed to MGM Records.

Herman's Hermits' debut single, a Carole King/Gerry Goffin song called "I'm Into Something Good," released in the summer of 1964, hit number one in England and number 13 in America. Ironically, considering the direction of many of their future releases, the group displayed anything but an English sound on "I'm Into Something Good." Instead, it had a transatlantic feel, smooth and easy-going with a kind of vaguely identifiable California sound.

Of course, that statement assumed that the group had much to do with the record -- as it turned out, they didn't. In a manner typical of the majority of the acts that Most produced, the Hermits didn't play on most of their own records; Mickie Most, as was typical of producers in the era before the Beatles' emergence, saw no reason to make a less-than-perfect record, or spend expensive studio time working with a band to perfect its sound -- as long as Peter Noone's voice was on the record and the backing wasn't something that the group absolutely couldn't reproduce on stage, everyone seemed happy, including the fans. Conversely, the group didn't have too much control over the choice of material that they recorded or released. On their singles in particular, "Herman's Hermits" were mostly Peter Noone's vocals in front of whatever session musicians Most had engaged, which included such future luminaries as Jimmy Page and John Paul Jones, with the other members relegated to background vocals, if that. ~ Bruce Eder, All Music Guide (see more on artistdirect.com)

PLEASE NOTE: I divided my uploads among multiple channels, Bookmark this link in your browser for instant access to an index with links to all of John1948's oldies classics. LINK: http://john1948.wikifoundry.com/page/John1948%27s+Youtube+Index
Mostrar más
videoclips 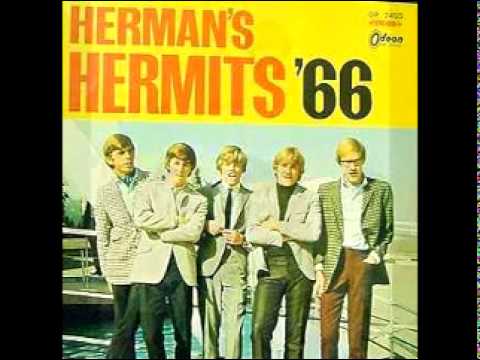