The Beatles Matchbox
Descripción y letras
"Matchbox" is a rock and roll and rockabilly song written by Carl Perkins and first recorded by him at Sun Records in December 1956 and released on February 11, 1957 as a 45 single on Sun Records as Sun 261. It has become one of Perkins' best-known recordings. Perkins' "Matchbox" has been followed by many cover versions, notably by the Beatles.

The Beatles were fans of Perkins and began performing the song circa 1961. Their then-drummer, Pete Best, performed the lead vocals, but no studio recording featuring Best singing the song is known to exist although a live recording with Best on vocals does exist. In 1962, John Lennon sang the song during a performance at the Star-Club in Hamburg, Germany; a recording of this exists and was included on Live! at the Star-Club in Hamburg, Germany; 1962.
The next year, the Beatles performed "Matchbox" with Ringo Starr on lead vocals for their BBC radio show, and this version would be included on the Live at the BBC album. Starr also got to sing lead vocals on it when it was recorded in 1964. There are suggestions that Perkins may have been present in the studio at that time. As was usually the case, all instruments on the song are played by the Beatles themselves, with the exception of the piano, which was played by producer George Martin. George Harrison plays 12-string rhythm guitar, while Lennon plays the lead guitar riffs and solo. (Starr even says on the Live at the BBC version, "All right, John!") "Matchbox" appeared on the Long Tall Sally EP in the United Kingdom. In the United States, it appeared on the Capitol Something New album, and was released as a Capitol single on August 24, 1964, which reached number seventeen on the Billboard pop singles chart.[9] "Matchbox" reached number six on the Canadian CHUM Hit Parade charts in 1964. It was also included on the Past Masters and Mono Masters compilations released in 1988 and 2009.

"Matchbox" is covered by Robert Britton Lyons portraying Carl Perkins in the Broadway production Million Dollar Quartet and on the original Broadway cast recording.[11] Lee Ferris also covers the song and portrays Carl Perkins in the First National Touring Production of Million Dollar Quartet. The song is also included in the Paul McCartney live album Tripping the Live Fantastic as a soundcheck tune between concert songs; it has been performed by McCartney in every tour as a soundcheck song. In 1985 it was played at the Blue Suede Shoes: A Rockabilly Session made-for-TV concert in London, with Perkins, Starr and Eric Clapton alternating the lead vocal.[12]
Jerry Lee Lewis released his version of the song on his 1958 eponymous Sun LP, SLP 1230, and as a Sun EP, EPA-110. The recording also appears on the 1984 Rhino Records greatest hits compilation Jerry Lee Lewis: 18 Original Sun Greatest Hits. This version and later live versions by Lewis show a distinct awareness of and respect for the blues origins of the song.
Ronnie Hawkins recorded the song in 1970 with Duane Allman on slide guitar and released it as a 45 single, "Matchbox" backed with "Little Bird" on Hawk, IT 301, in Canada.[13] The song was originally released on the eponymous 1970 Ronnie Hawkins LP, Cotillion SD 9019. Johnny Rivers recorded the song in 1998.
Bob Dylan has recorded several versions of the song which have not been released officially and has performed the song live in concert.[14][15]
Derek and the Dominos featuring Eric Clapton performed and recorded the song with Carl Perkins and Johnny Cash on The Johnny Cash Show on ABC on November 5, 1970. The performance by Derek and the Dominos, Carl Perkins, and Johnny Cash appears on the 40th anniversary edition of the Layla and Other Assorted Love Songs, which won the 2011 Grammy Award for Best Surround Sound. 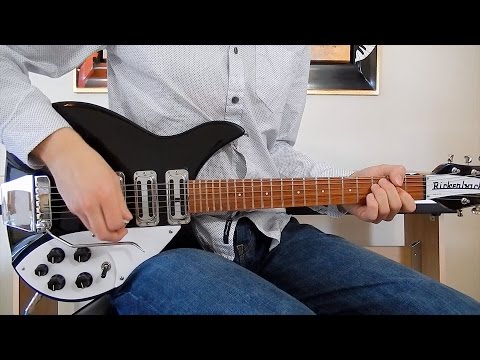