This song will be available via free download on Soundcloud on its release date, Nov 14th. Recording filmed at Spiral Studios, Guildford.

Drones are a socially and politically aware punk band hailing from Surrey. Formed in early 2010, the band was spawned
from the need of a decent music scene in their hometown, as well as need to make music that was lyrically conscious.
Fed up of bands that sing about getting girls and nice haircuts, Drones' songs address social and political issues that are
all too often overlooked in music today. The group's infl uences derive from the likes of Rancid, Anti-Flag, The Clash,
Rise Against, NOFX, Gallows and The Distillers. Fast-forward to summer 2011 and the band had signed with Lockjaw
Records to release their debut album 'Mutiny', now available at HMV, iTunes and Amazon. With the album's two
music videos'Shells Fall Pins Pulled' and 'Assassins Of Youth' each receiving thousands of views online, and a number
of succesful tours promoting the record, Drones are set to pave the way for contemporary UK punkrock.

This hit home,
When you joined the masses,
You're better keeping true as this pressure rises,
Just breathe,
Battling a raising tide,
When stakes are raised your first to fall in line

A script taken, passed under your feet,
Treading paths before your knees were weak,
Found yourself blind and moving,
You stepped first before you had spoken

This hit home,
You're like a smoke screened target,
Colours fading grey,
Now it's time to try honest,
Been playing these cards like it ain't worth betting
Step up to the stand our you will spend your life running 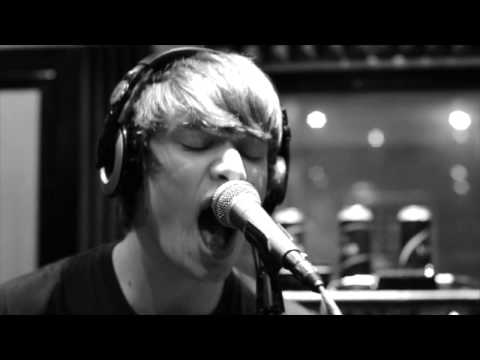