Available Subtitles: ENGLISH (click 'CC')
► Help us with subtitles in your language! http://www.youtube.com/timedtext_video?ref=share&v=P2ByYFMXDtI

5 RACIST ASIAN COMMERCIALS THAT MAY SHOCK YOU

Just to clarify, these are commercials that are made by Asians and are arguably racist towards non-Asians (white people, black people, etc).

The commercials also have a varying level of offensiveness / racism. Some are clearly racist while others might offend only overly-sensitive people.

Here are 5 racist Asian commercials that may shock you:

3. Thai (South African) KFC Commercial
- Black girl new in Thailand finds it hard to fit in but bonds with a Thai girl over some familiar KFC.
- Black girl + KFC = racist?
- In our opinion, the least racist out of all the commercials because it had nothing to do with America.

5. Thai Black Herbal Toothpaste Commercial
- Nice black man helps a girl get her balloon but her mother is disgusted by him.
- He goes home to reveal he's attempted to help a lot of kids but have been rejected because he is black.
- Then proceeds to lie down in his toothbrush bed.... weird
- Final tag line: Appearance can be deceiving
- They are basically saying black people don't look good, but don't be fooled because they CAN be nice people.... pretty racist in our view.


Were you offended by them? Which ones did you find were actually not racist? 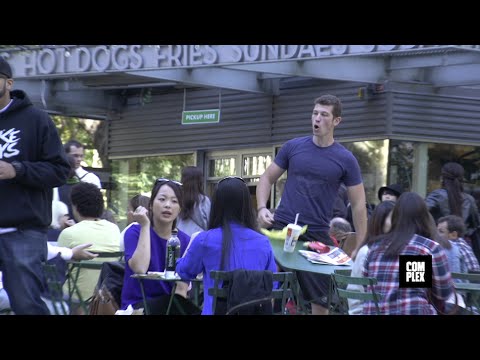